On 3 August 1885 The London and North-Western Railway Company opened the seven Acre area known as Wolverton Park to enable their employees and families to take part in various sports including cycle track, running track, a football pitch and tennis and bowls courts.

Football.
The stand, built in 1899, was believed to be the oldest covered football stand in the world. It was set to be demolished by September 2006 because its owners wish to redevelop the site for housing and a community park
The football ground beside the railway works and the station was home to the works team and subsequently to Wolverton Town football club. The development went ahead and a replica green painted stand now sits on the original site to mark the significance of the original construction was painted green.

In1889 a single rink bowling green was established, situated by the railway embankment. During the 1920s the club won the Bucks cup 3 times and was presented with the original Bucks County Cup. The Club moved to its new site in 2006 next to Mill Mead Hall.

Athletics.
Wolverton Amateur Athletic Club was founded in 1885. The club successfully held an annual Whitsun Sports Day. It was not unusual for some 3-4000 spectators to cram into the Park.

Cycle Track
Very little history on this except for the Mazepro Cycling Club c.1900 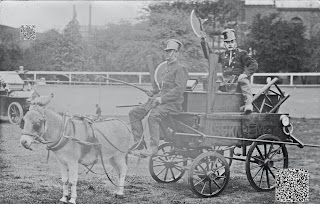